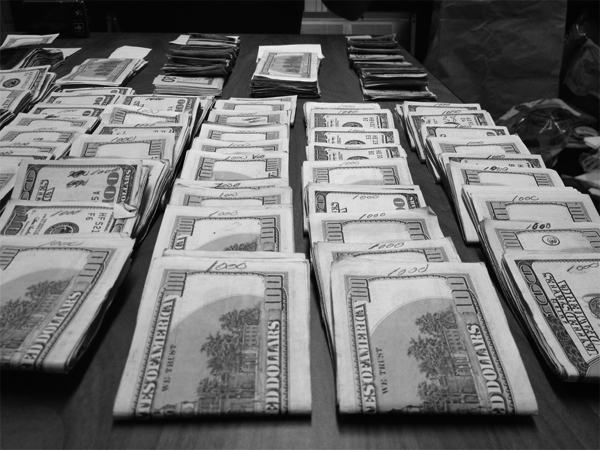 I remember the first paid traffic affiliate marketing campaign I ever ran.

I had been doing SEO for a few years. I spent hours writing these huge articles on a suite of blogs and over time I created so much content that I had rankings for all kinds of different keywords.

So when people searched for “blah” my stuff showed up in the search engines for it.

One of my blogs caught the eye of an affiliate manager. He found my contact info and called me. He told me about paid traffic and said that he had some offers that were doing $30,000/day and if I wanted to try them out he would show me how.

I decided to take the leap and setup my first paid traffic campaign ever – on Google Adwords.

The first month was a trial-by-fire learning experience. I was learning the ropes and risking my own cash and I lost about $3000. That was a huge dent in my savings and I had to seriously consider quitting.

Luckily, I chose to keep going. I decided that $3000 loss was simply the cost of getting an education and I took all my experience with me and moved forward.

As I moved forward, I was breaking even and then started making money.

My affiliate manager and I talked almost every day. He was keeping me pumped up and answering questions and then I would put everything into action.

About a month and a half into we had a little chat. It went something like this:

We celebrated that $70 a day profit like it was a billion dollars a day. I remember sitting back and looking at the numbers… and that $70 profit just blew my mind.

That kind of enthusiasm kept me going. And as the weeks and months went by I went from making $70 a day to much… (much much much) more.

But I never would have gotten there if I I hadn’t been so excited along the way.

Your Lack of Enthusiasm

Flash forward 8 years and I’m pretty well known in the online marketing industry. I talk to newbies almost every day, I run an affiliate marketing mastermind forum with 100s of members sharing their ideas and progress.

Everyone is chasing the dream and want to do what I do – they want to be like me. And I’m all for that – I mean, I’m not a genius and I figured it out- so you can too.

But you know what I see missing?

Most of the time I see the exact opposite of Enthusiasm. I see pain, horror and desperation to hit bigger numbers.

I see affiliates go from losing $200 a day to making $5 a day and they’re PISSED OFF.

I see affiliates go from making $5/day to $500/day and they’re PISSED OFF.

I see affiliates making $5000/day and they’re STILL PISSED off and want to know what they’re missing that could push them to $100k/day.

Why Are They Pissed Off?

So why are these guys pissed off? It’s pretty simple really.

Because they’re comparing their numbers to the astronomical numbers they hear being thrown around by super affiliates and gurus.

That $500/day profit doesn’t even register in their brains as being a good thing – they see it as a failure. They think they’re losing.

Shooting for the stars and setting your goals high is great. But if you don’t celebrate your progress every step of the way you doom yourself to failure EVEN when you win.

I remember hitting $70/day profit and feeling like GOD. I’ll never forget that little chat my affiliate manager and I had about it.

He had told me that guys were doing $30,000/day revenue on the same offer. I didn’t care about that at all. I didn’t even consider their numbers.

I just knew that I went from $100/day after 2–3 years of SEO work to making $70/day doing paid traffic in about a month.

That set me on FIRE.

I remember the day I hit $500/day profit. I remember it because I was so freaked out about it that I started an affiliate marketing blog – and the first post was titled “$500/day Profits”.

In the post I shared my successes and how great I felt. The (very) few readers that I had, were also newbie affiliates making $50/day or so and they couldn’t believe what I was saying.

I was the king of the newbies at that point.

I was so excited I could hardly contain myself.

So OF COURSE I kept plugging away, testing things and optimizing my campaign.

The work became easy – the hours flew by. My ENTHUSIASM kept me going through the late nights and crazy roller coaster rides that come with this business.

My ENTHUSIASM kept me pushing ahead until I became one of the biggest affiliate marketers in the world!

What Would Have Happened?

What would have happened if I was comparing myself to some guru or super affiliate blogger that was talking about making $70,000 a day?

I would have FAILED MISERABLY.

There would have been no point – and just like 1000s of other affiliates who compare themselves to the big guys I would have quit and gone back to a 9–5 job to pay the bills.

I would be that guy telling people “Oh you’re trying to make money online? Well, I tried affiliate marketing and it didn’t work..”

I’d be a CANCER to all the new hopefuls that are trying to learn the game.

So What’s The 1 Weird Trick?

In my 8 years in paid traffic I’d say that there is one commonality between the people that do the best.

They have ENTHUSIASM about the small wins.

They quit because their reality doesn’t match their expectations.

They see that $70/day profit and compare it to $70k/day and they feel like a loser and give up.

The truth is that almost every gigantic campaign I had ever run starts off slowly.

That’s how the process works.

So if you’re doing affiliate marketing and aren’t hitting the profit numbers you want to hit yet – realize that we’ve all been in that spot.

The trick to making $70,000/day is to stay ENTHUSIASTIC about your progress every step of the way. If you’re currently making ANY profit from your campaign you should be excited.

Remember, $70/day is $25k/year. I know full-time employees that make less than that.

$70/day is your stepping stone out of the rate race and into the Universe of Freedom where all great things happen.

That’s just the reality of it.

Just don’t beat yourself up.