Here is a question I got recently from one of my newsletter friends:

I heard a lot that being an affiliate marketer is like going on a roller coaster ride. There will be lots of ups and downs. It would be great if you can share your thoughts and experiences on the toughest campaigns that you lost a lot on and how you dealt with that experience.

When I read this, a story immediately popped into my mind. It’s a story about non-payment – which is one of the few ways you can lose a lot of fucking money in affiliate marketing.

Non-payment means that the advertiser who owns the product you’re promoting or the affiliate network you’re running the product through decides not to pay you for the traffic you’ve sent them.

There are a few reasons this can happen.

For this story I experienced door number three. I did something really stupid. And to show you that I’m a guy who can laugh at my own mistakes, and to give you an example of what not to do… I’m going to tell you the whole story right now.

A long time ago I was looking for a new campaign to run. So I did my normal routine.

First I spoke with a person at a network, he told me about some offers that were doing a lot of volume.

Second, I checked around online to see what was being done with them to see if I could do it too.

I downloaded a set of ads and a landing page that I saw being used a lot. I made several changes to make it better – and I launched the campaign.

I couldn’t figure out how these guys were making money. I tried using their exact ads, copy and landing pages and it was losing money like crazy.

So I started the optimization process. I start with the thing that is seen by the most people, which is the ads. Normally I’d start with the ad image but I was already getting great CTRs (click through rate) on the ad so I decided to move to the next step – the headline and ad copy.

I probably wrote 30 different headline and ad copy combos. They were all different styles, some were very basic and some would make you laugh out loud if you saw them. I like throwing in some outlandish stuff sometimes to see what happens. A lot of the time – the craziest ones work the best.

After I wrote out all the headlines I started testing them. It took about a week before I found a winner. One of the wildest headlines I’d written took off like a fucking rocket.

It was game on.

The campaign had lost a lot of money in the first weeks of testing (I test very aggressively with high budgets) and I was finally pulling myself out of the hole.

After a few days of solid 100% ROI (return on investment) I quadrupled my spend budget to build some steam. The campaign took off and for about a day or two, I was doing well and digging myself out of the hole.

Then… My phone rang.

It was the owner of the affiliate network I was working with and he had bad news.

The advertiser that owned the product that I was promoting had seen my ad and didn’t like it. It was too out-of-the-box for them and they couldn’t see how it applied to their product.

I tried to explain to them how the ad made total sense – but they didn’t budge. Finally they told me to either pause the ad immediately or I’d risk losing all of the money that they were supposed to pay me.

*See – this is one of the things about affiliate marketing. You have to kind of run on faith, especially when you’re running at high volume. The affiliate network pays you once a week – and if something goes wrong and you don’t get paid after spending money all week – you’re screwed.

The affiliate network owner and I had worked together for a long time. He told me that he’d guarantee payment up to that point. But he warned that if I did it again – I was on my own.

So for now I was safe. And I didn’t want to risk everything I’d invested in the campaign – so as painful as it was, I paused the ad and started testing other, tamer ads.

They all failed miserably.

The problem was that I knew I had an ad that worked and I could double my money all day long if I could just turn it on… it was frustrating as hell.

After a day or two of trying other ads like crazy I couldn’t find anything that worked. So I did a quick test to see if the old, banned ad would still work. I wanted to see if the campaign still had potential or if it was just done in general.

The goddamn ad worked again! But I couldn’t use it on the offer I was running so I tried a few different offers from similar companies… but they didn’t work at all.

So I was at a crossroads. 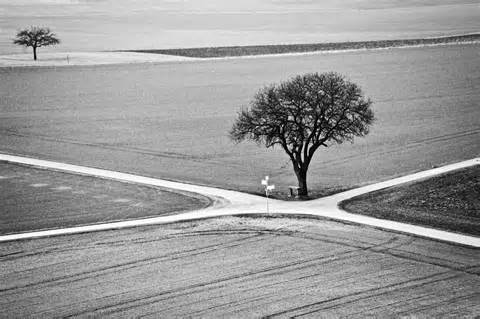 I had a campaign that had lost a lot of money. I had an ad that worked and I could make it all back. But the advertiser didn’t want me to use the ad. So I had a decision to make.

Ultimately I decided to go with number three – and I just ran the shit.

It wasn’t like I was breaking any laws, or doing anything immoral. It was just that the CEO of the company didn’t “like” my ad and I decided that his personal preference wasn’t going to stand in the way of me making money. (big mistake)

The campaign relaunched. I turned up the volume and started driving as much traffic as I could to the offer again. I was racking up profits and feeling pretty good about the whole thing.

It only took about a day before my phone rang again…

This time the affiliate network owner was pissed. He told me that the advertiser had seen the ad again. The entire company was in an uproar and the CEO was screaming at him on the phone threatening not to pay the network for any of the traffic they had sent them. (this was really bad)

I knew that if the affiliate network got stiffed I was screwed. We’d discussed it upfront and he’d said point blank that he would not pay me if I ran the ad again. So I knew I was on my own.

I paused the campaign and waited.

It took about two days for the word to come back. And it was not good news.

The advertiser wasn’t going to pay me for any of the traffic I had sent that week. So I lost everything and the network lost their margin.

We were all screwed.

I accepted it. I mean there was nothing else I could do but accept it…

The damage was extra bad because not only was I losing my profits, I was losing ALL of the money I’d spent on traffic as well. It was a total loss. This sucked.

And then – things got even worse.

After being down for a week I got another call from the affiliate network. He said that the advertiser was willing to let me run traffic again but only if they could approve every piece of the campaign before it went live.

Normally I wouldn’t have done this because it takes so much time. But I wanted to “make my money back” on the deal, so I agreed.

And the grind began.

I sent over ads for review. A week later I’d get them back and they’d be marked up so badly they weren’t even usable.

For example, my call to action said something like “Learn More”.

They would change it to: “Learn If Our Service Could Potentially Help You By First Checking Your Criteria Against Our Database and Submitting Your Application For Approval and Then Accepting Our Privacy Policy”.

It was horrendous. But I played the game – because I was going to make my money back, right?

Every ad failed.
Every week it got worse.
I lost more and more money on the deal.

This went on for several weeks and I spent thousands more of my own money on testing before I finally threw in the towel and quit.

The campaign was a total loss. And a big one.

How much did I lose?

I don’t want to go into exact numbers but let’s just say that the amount of money I lost would have made someone a pretty nice annual salary.

It also took up most of my time for several months, so I didn’t have time to build other campaigns to help make up the difference. It was awful and a complete failure.

That’s the whole story. That’s one of the toughest losses I ever took.

When I look back at this campaign now I can see everything that I did wrong. So let me sum them up for you real quick so maybe you don’t do the same.

And now… Press play on the video below for a little relevant music from Kenny Rogers.

Don’t see a video? Click here to watch it on the blog.

Here’s a little good news to wrap this thing up with. After a very long period of time I went back into the same vertical that this all happened in. And because I had gone through this experience I knew the market pretty well. I knew what to do… and what not to do.

To tell you the truth – I’d completely forgotten about the whole experience until I got this question the other day. So for what it’s worth – the “big loss” didn’t really matter in the long term.

So if there is a moral to this story, it is this: Don’t be a dumbass and do something that will lose you a ton of money. But even if you do it’s not the end of the world. So don’t freak out and quit forever.

Because if you stick around long enough – one day your horrible loss will become a funny story that you can share with your friends.

// Want more? Watch the video below where I talk more about the story.