Over the last several months I have been cultivating a little-known affiliate marketing community called MadSociety.net. I’ve never advertised it or blogged about it before.

With no promotion whatsoever the forum has started to pick up some major buzz. So before the conversation goes any further – I want to lay out exactly what MadSociety is and the story of how it came to be.

What is MadSociety? It’s a family of real people who will help you learn to make money online and improve your life.

Any question you have is answered. Any campaign you’re curious about is explained.

Members range from brand new to some of the industry’s most respected network owners and veteran super affiliates. It’s unique as hell.

One of the most common questions I get about Mad Society is “out of all the things you could do for your readers – – why did you start an affiliate marketing forum?”

The truth is – – I didn’t mean to start an affiliate marketing forum at all. It created itself.

And over the next few posts I’m going to write a series here to explain the entire story of how it happened and give a MadSociety review.

Join MadSociety: If you want to get on the waiting list for our launch, go to MadSociety.net. (When we open the doors, it’ll be on a first come, first served basis so don’t be last in line.) 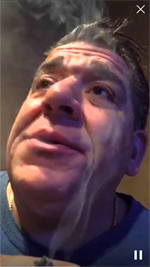 Joey quickly became my favorite guy on Earth and I fell down his rabbit hole. I followed him on Twitter, watched his YouTube videos, listened to his podcast, and started going to his live shows here in Hollywood.

But what really sucked me in were his Periscope sessions.

Joey does a show every morning called “The Morning Joint” on Periscope (a live video app).

He sits on his front porch in the morning, smokes lots of weed and cracks jokes. He also gives out some of the most unique life advice I’ve ever heard… It’s amazing.

I loved the vibe of what he was doing so I decided to try it myself. I setup a Periscope account and started broadcasting from my apartment each morning. I called it “Morning Coffee”.

In just a few days people started to tune in. Over the first few weeks we developed a solid core group of about 50 people who tuned in for every single broadcast.

At some point someone came up with the term “The Morning Coffee Family”.

The Morning Coffee Family was becoming a real family, built around a few of the ideas I was talking about in each session. 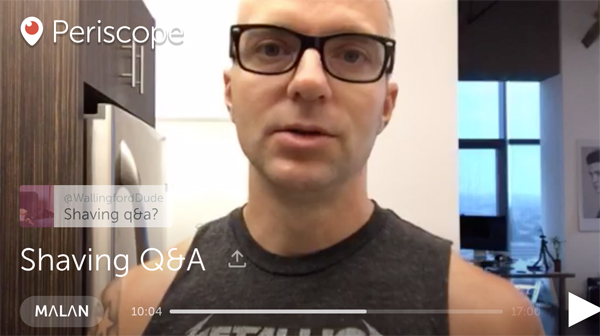 A recent Periscope session. We still do them to this day.

I told them about my work flows, inspirations and productivity ideas. I repeated these things over and over every week and soon many of the Family members had adopted them as well and were using them successfully in their own lives.

The general breakdown was this:

The Periscope sessions went on for a few months. I was broadcasting 5–7 days a week. I ended up getting over 10,000+ followers.

Most people came and went, but we always had that solid inner circle of 40–50 Morning Coffee Family members. We were becoming a pretty tight-knit crew.

One day, during a live broadcast some of the Morning Coffee Family members mentioned that they wished they had a place to hang out in between Periscope sessions, to keep the vibe going.

We were all having so much fun on Periscope, but the sessions only lasted about 30 minutes. The Morning Coffee Family wanted to hang out every day.

I was down with the idea and I asked them what they’d like to have. I couldn’t invest more time in Periscope but I thought maybe we could build a place where they could hangout or something.

What happened next was crazy.

We did end up building something – but it didn’t work at first. However, it did start a chain of events that eventually led to the creation of MadSociety.net.

See you in then.

Next step: Head over to MadSociety.net and get on the list. At the end of this series we’re going to open the doors. But you’ve gotta be on this list.